granite gods began as a single poem, Lucifer.  Granite gods was a term he had coined to describe the dark black beauties that he liked to coddle, cuddle and collect.  It was after a performance of black cats, cocks and other idols, featuring some of the poems, in Oxford in the UK, during a conversation with an appreciative audience member, that he realized that the series was really about the way that we deify and demonize lovers.  The images are collages featuring, exploring and/or illustrating the text. 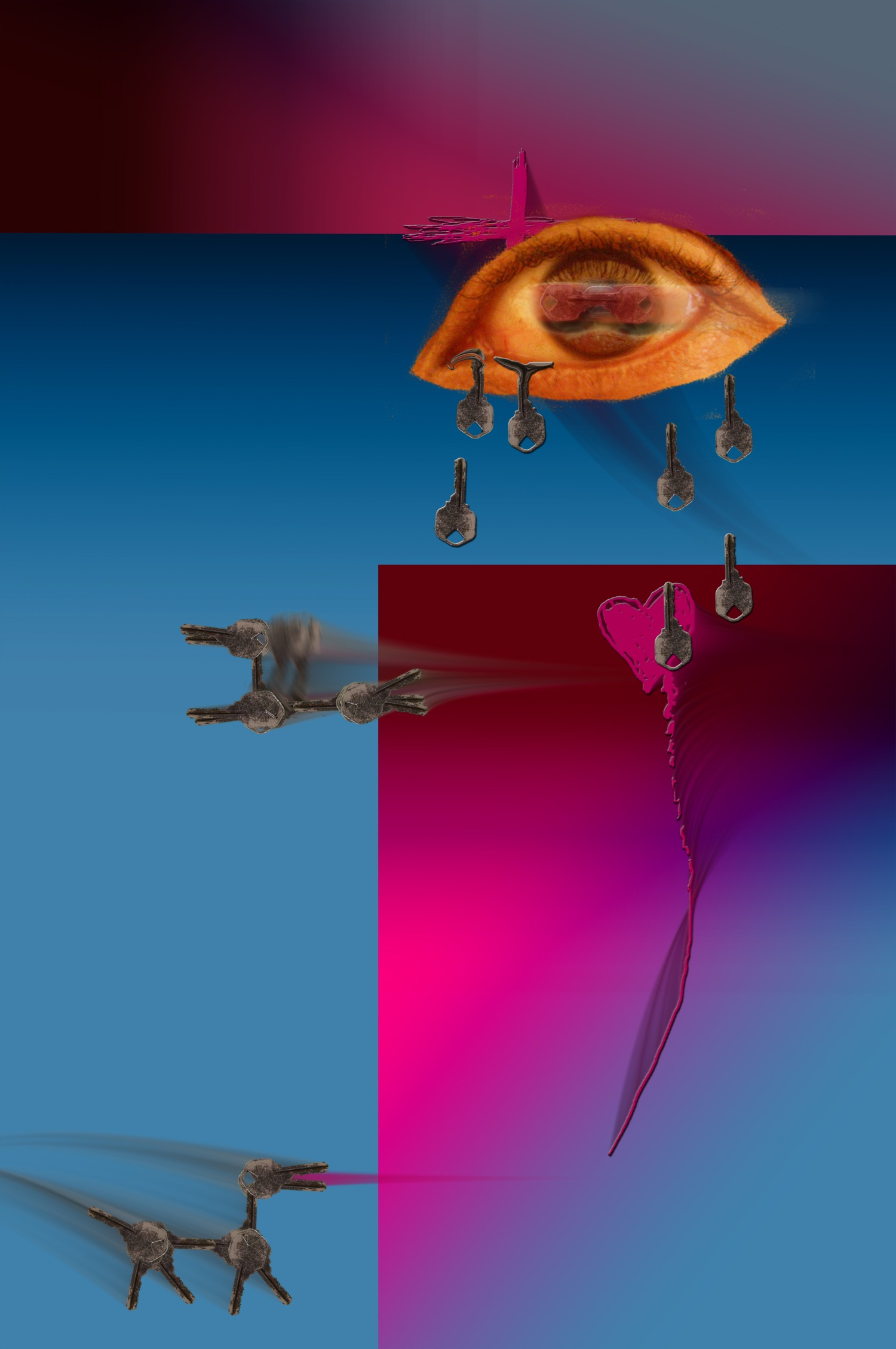 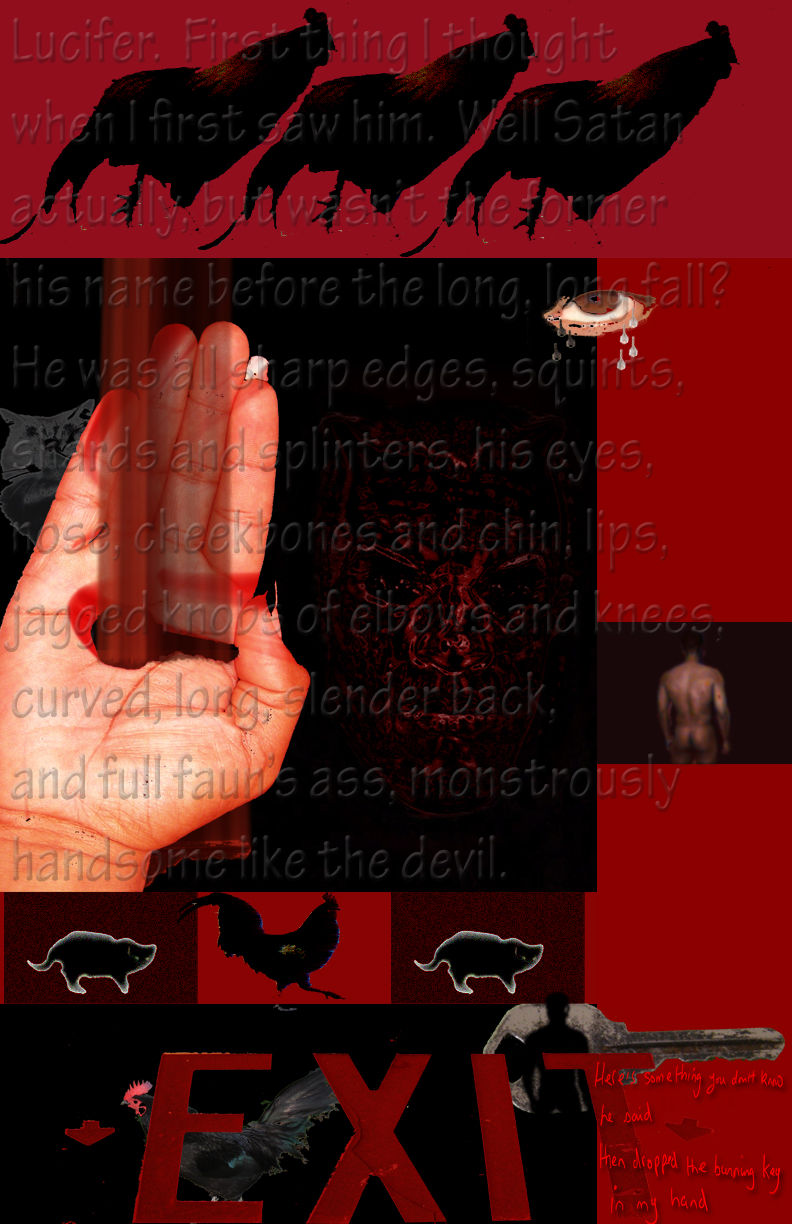 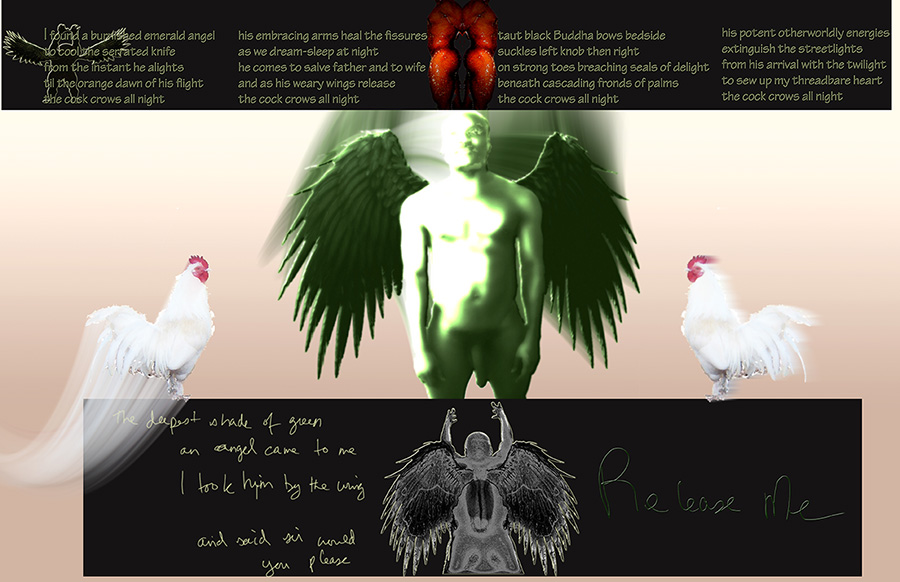 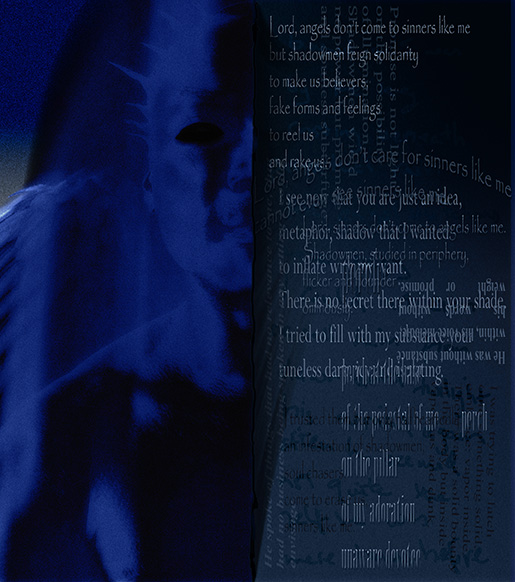 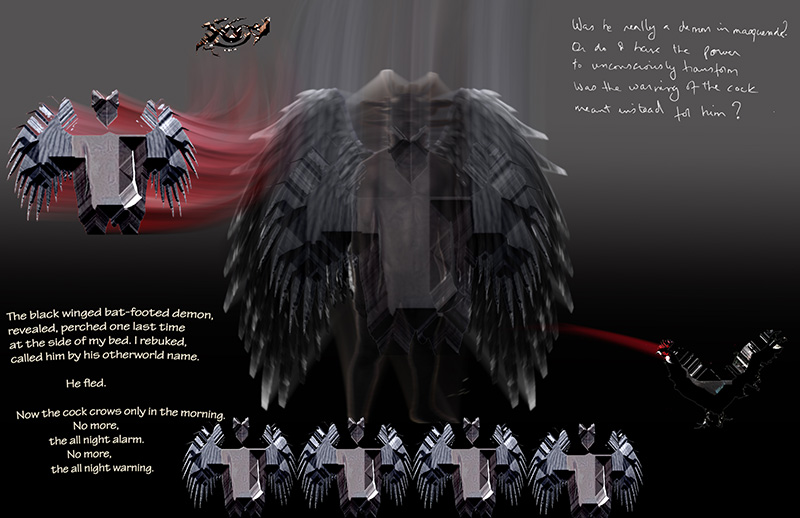 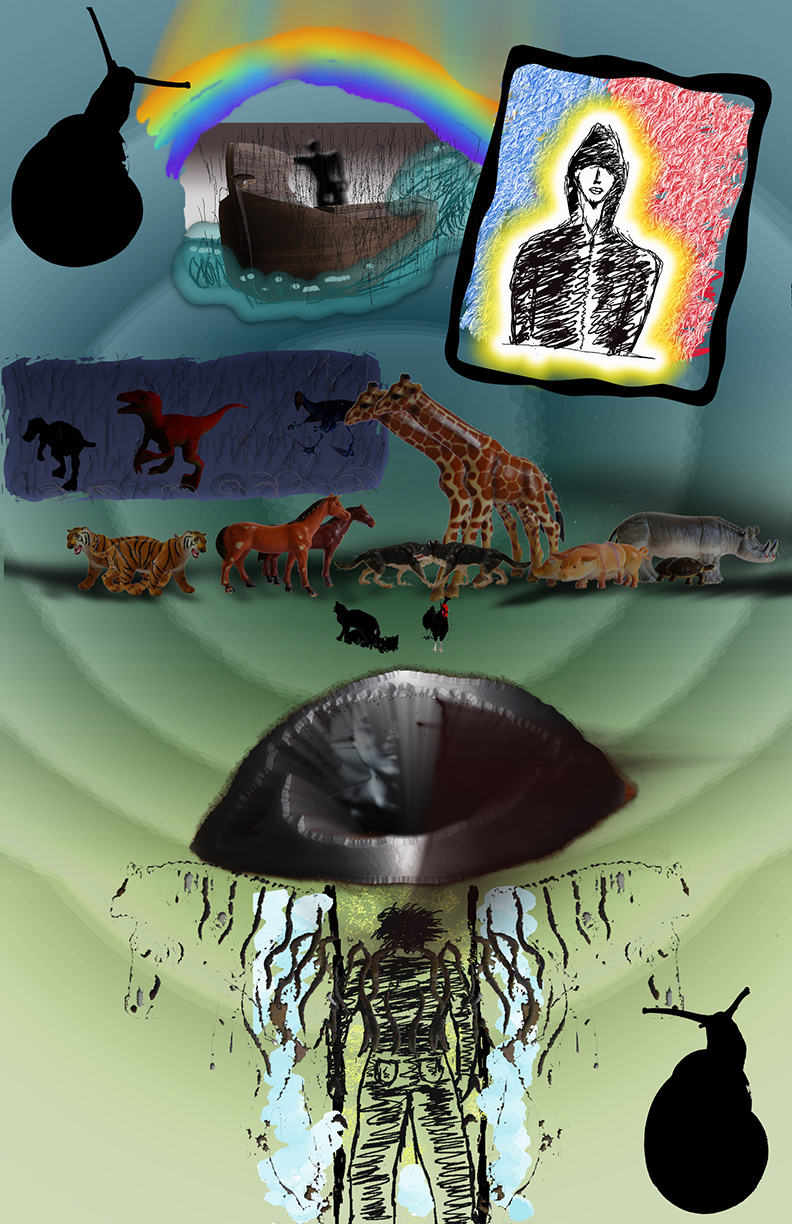