The intention with the sea within series was to create self-portraits and portraits of friends and lovers using the many hues of the sea.  Initially there was to be text on each image but as the project evolved sometimes text got in the way and placement became a challenge.  The images in this series came first, with the poems usually coming after the image was finished although some were simultaneous.  Some poems came simply from the act of daily looking at and photographing the sea in all its shades and moods.  The series was initially exhibited at the Kaleidoscope Gallery as part of a show featuring visual art by poets and featuring poetry.  Dr. Kim Dismont Robinson, Chris Astwood, Lisa Howie with Scott Hill and Laurel Monkman were the other poets.  One evening they performed their work, with Alan giving an atypically playful performance that he had devised around the sea within series of poems.  sea w/inx5, although created years later, belongs in this series.  It appeared in the Charman Prize exhibition in 2012 and won the prize for Distinctive & Convincing Style.  Self portrait, along with marimask and mariscos mask were selected for the Bermuda National Gallery Biennial in 2008.  Self portrait resides in the gallery’s permanent collection and is the cover image for their book, Bermuda National Gallery: an introduction, published in 2013. 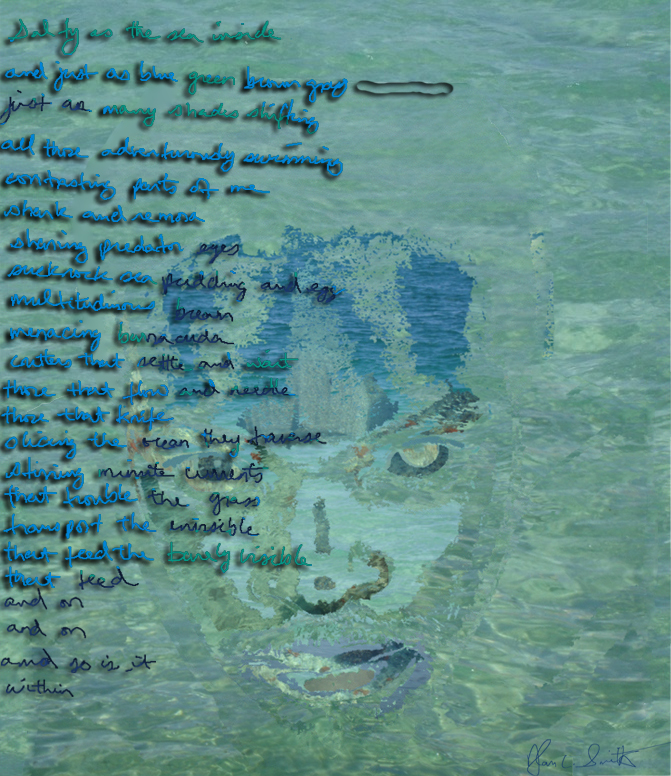 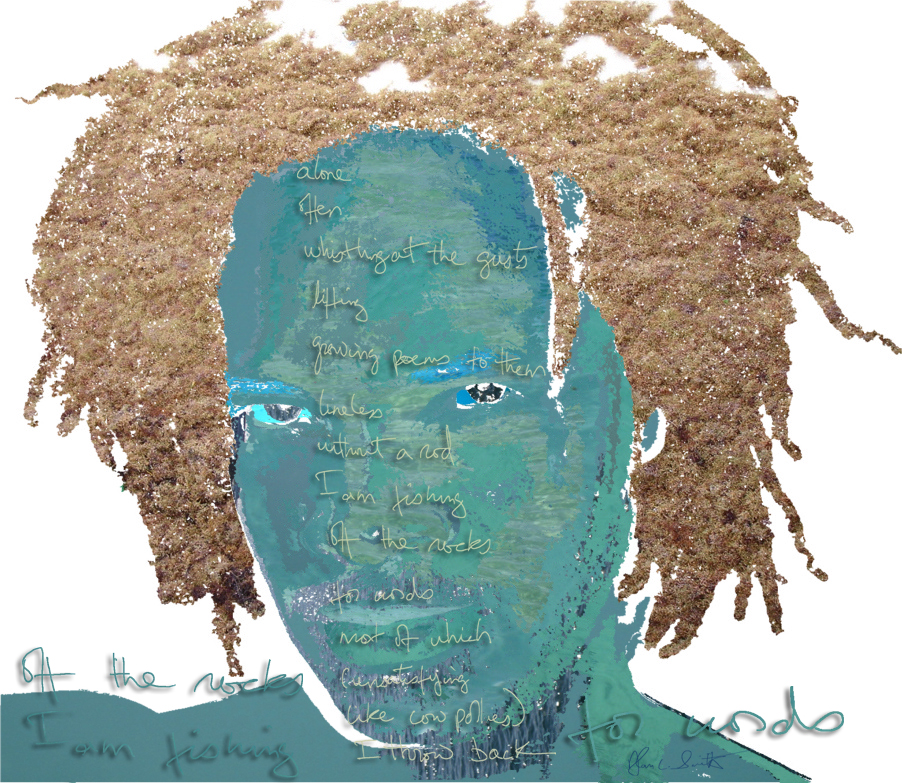 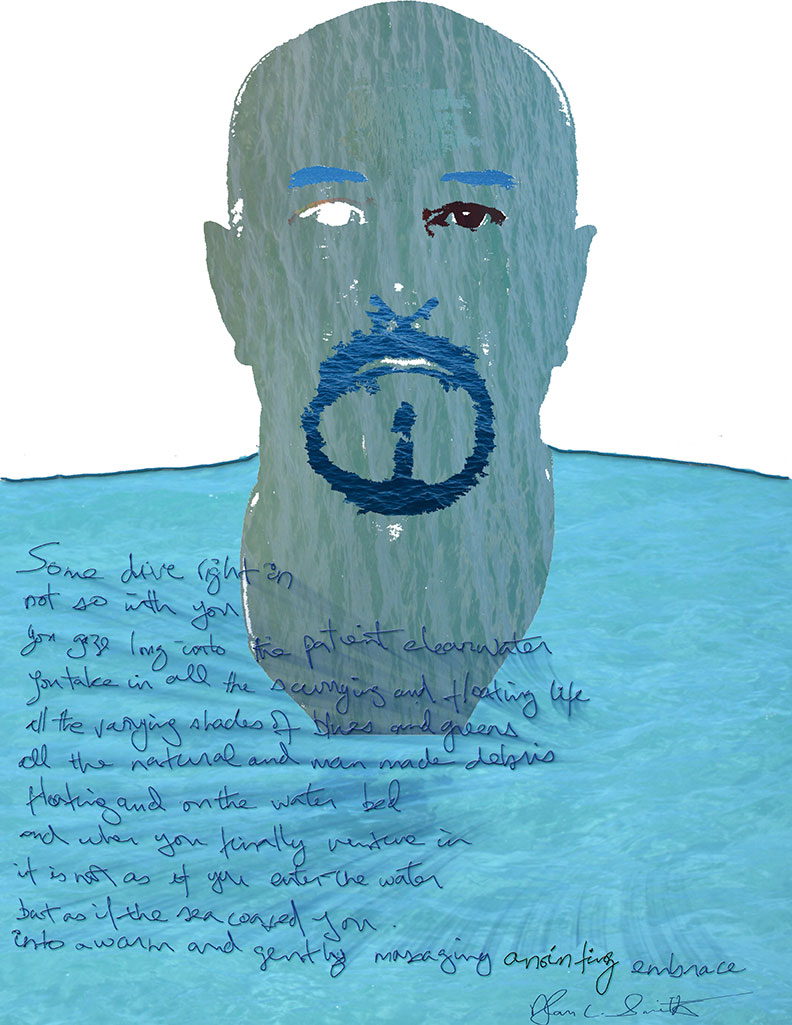 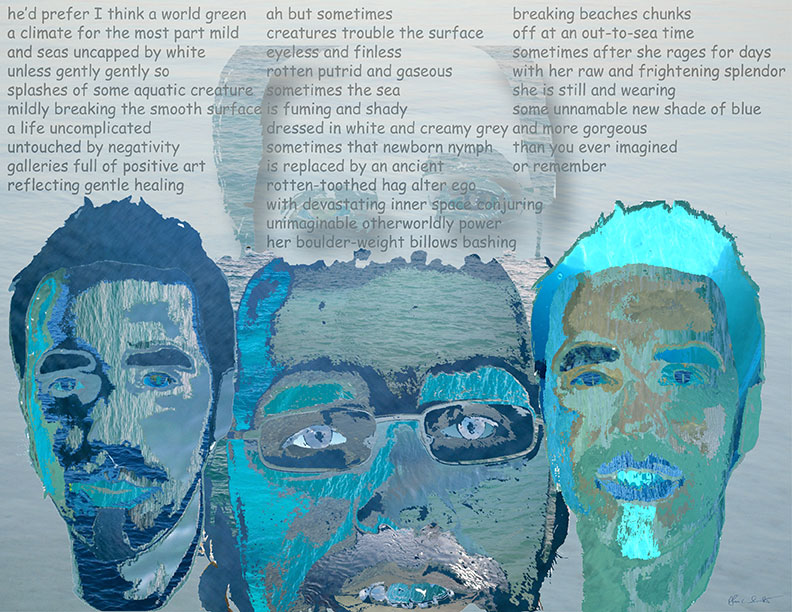 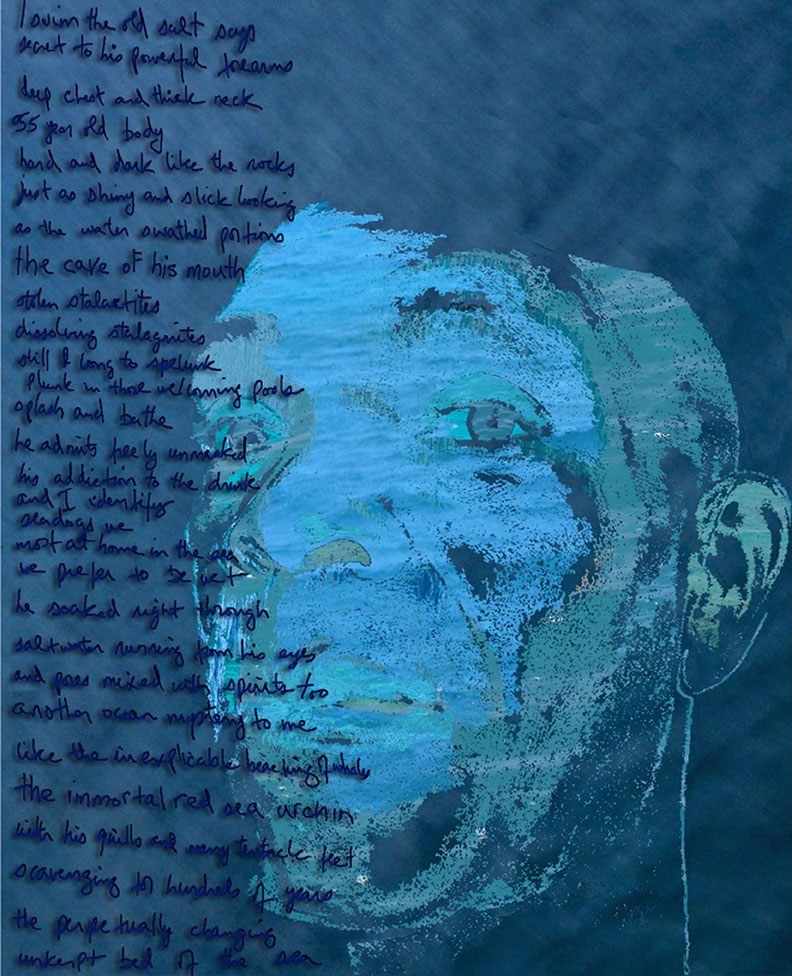 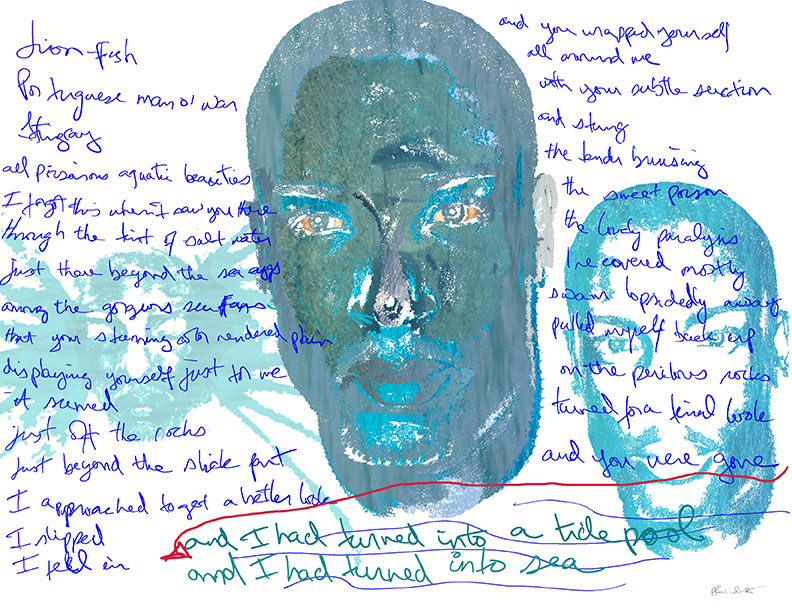 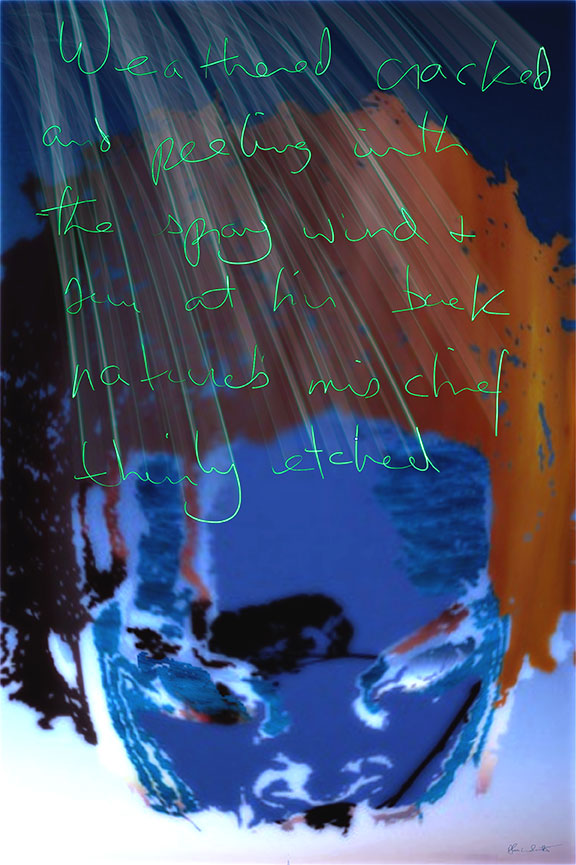 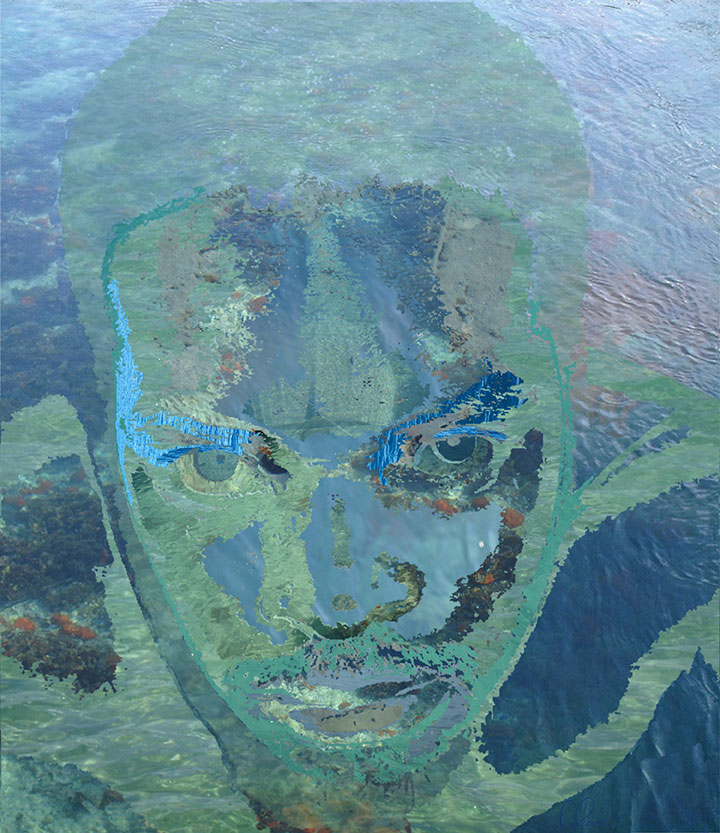 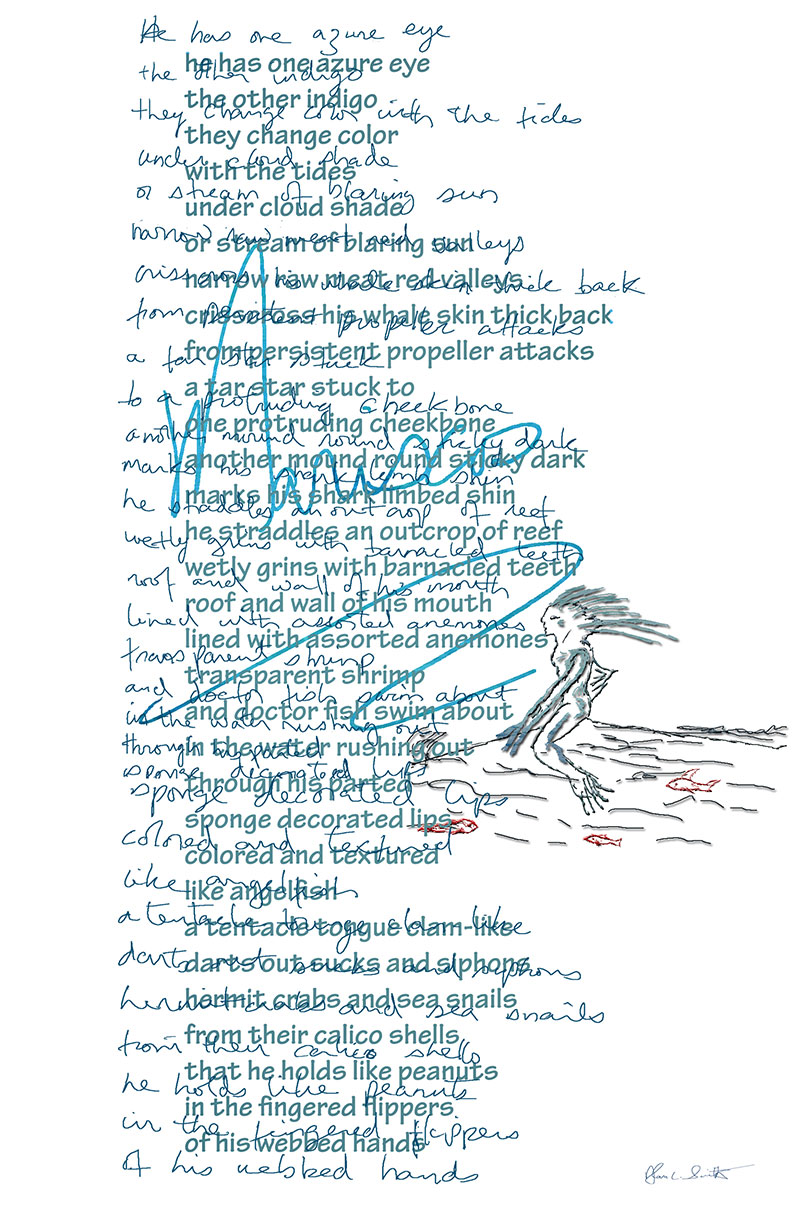 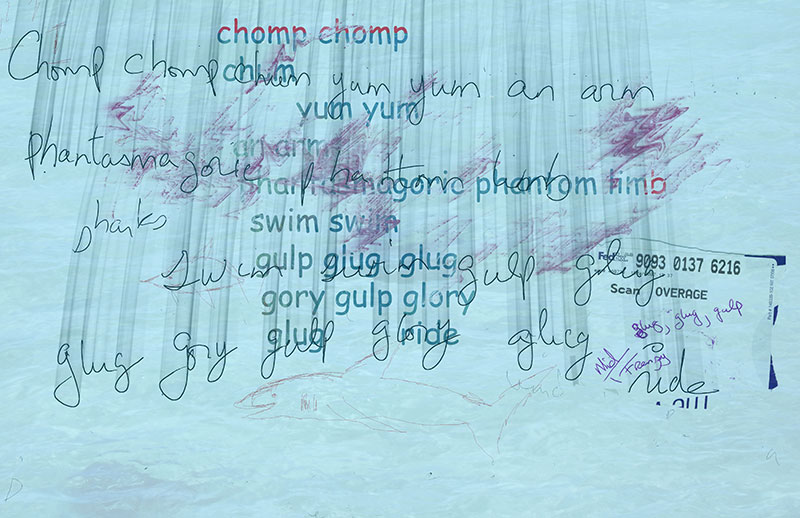 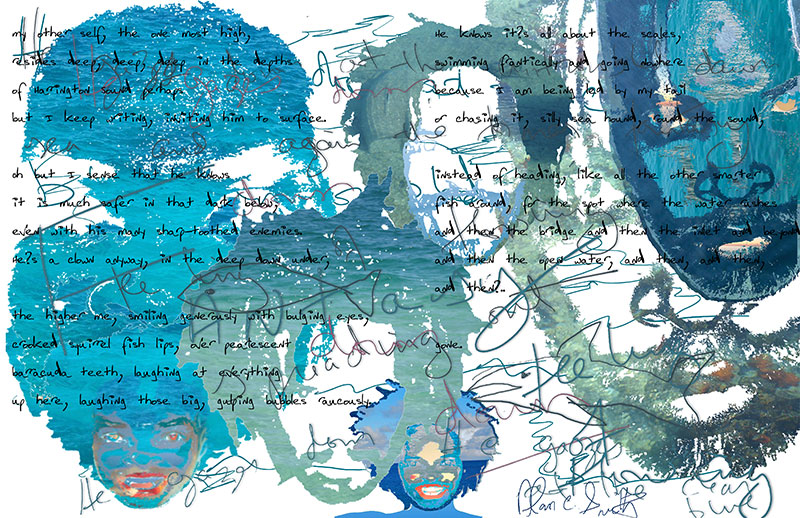 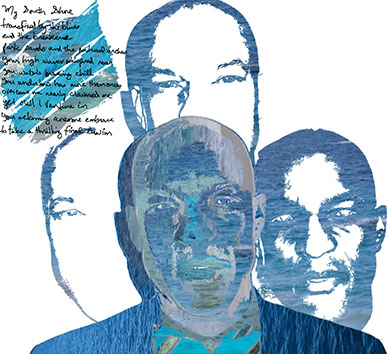 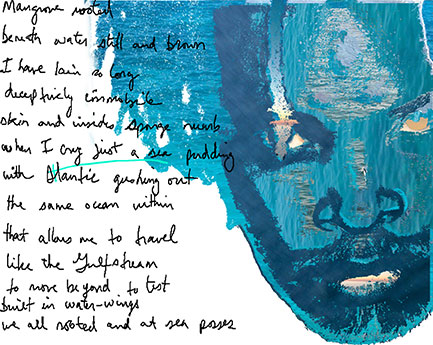 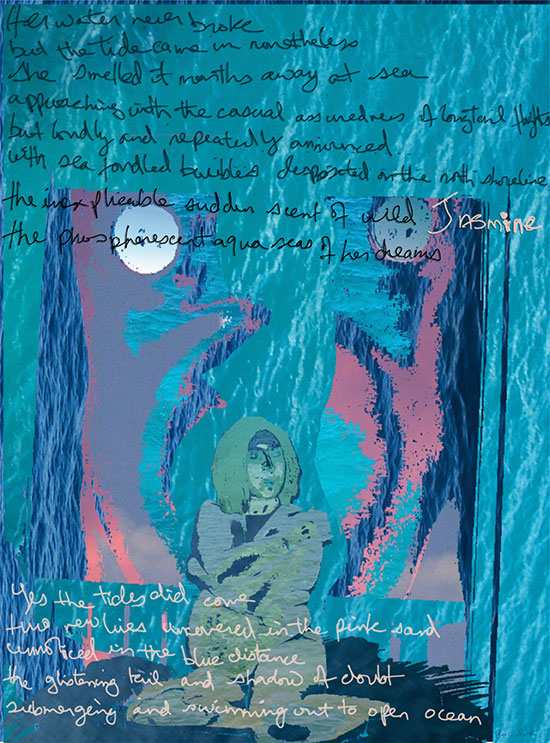 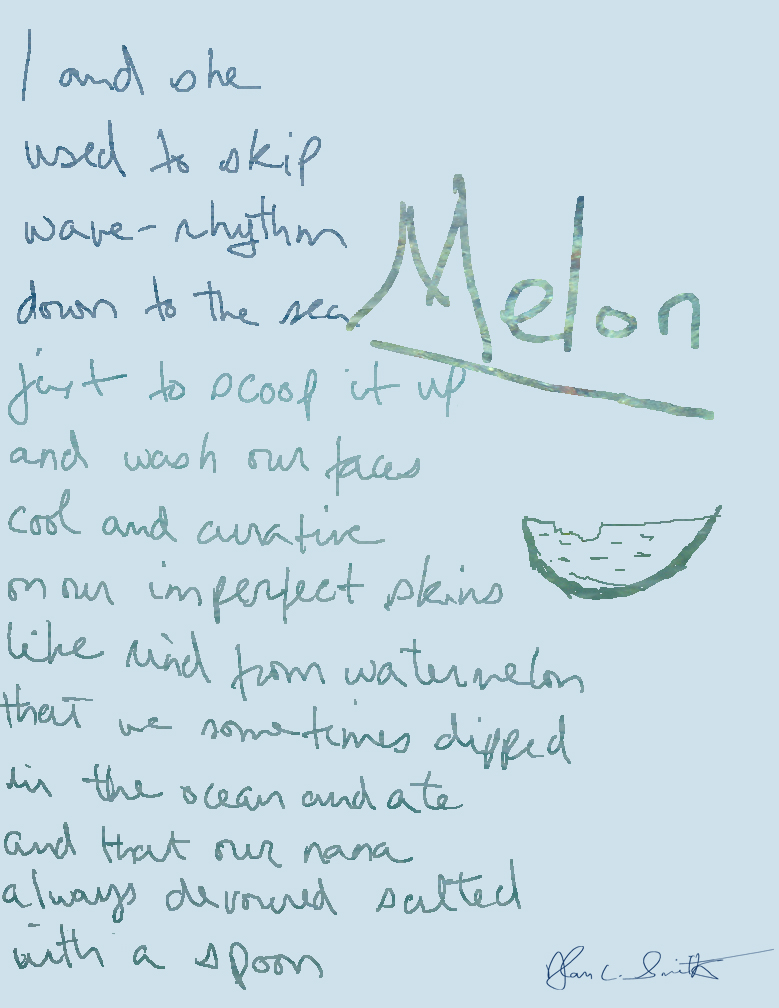